Sweet Butternut Ginger Soup With Maple Cinnamon Toast.  Butternut squash is one of those versatile vegetables that can be either savory, or sweet, but either way, it is delicious.  This soup, spiced up with cinnamon, ginger and nutmeg is smooth and comforting on a cold day, but fancy enough for a holiday spread.

Including preparation time and cooking in the Instant Pot, your soup is on in less than thirty minutes.  Serve it with maple butter cinnamon toast, and it is almost dessert.  Vegan, gluten free and dairy free.

Tools Of The Trade Used In This Recipe:

I made this recipe in the Instant Pot 6 Quart Pressure Cooker. Check out my review of the Instant Pot, and see all the delicious recipes that I have made with this gadget that replaces 9 kitchen tools! 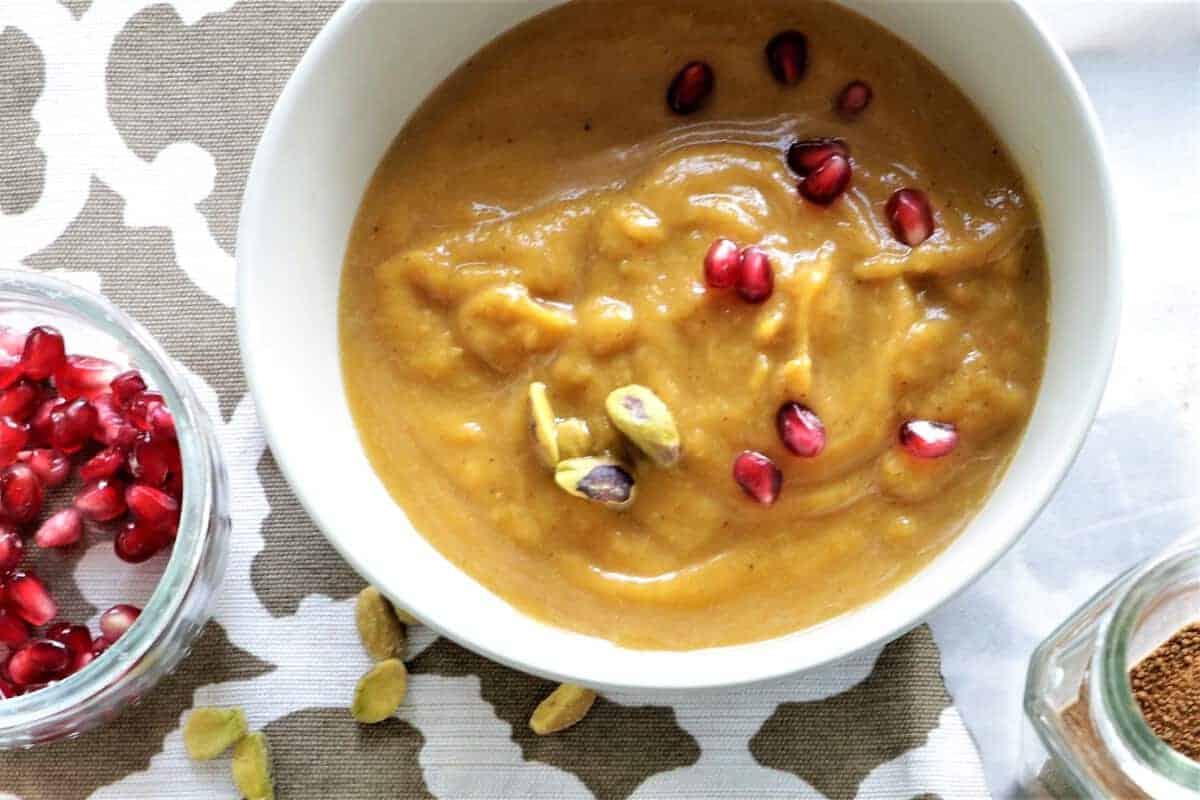 Serving: 1gCalories: 240kcal
Keyword butternut squash ginger soup
Tried this recipe?Let us know how it was!

Cream of Vegetable Soup With Dumplings

Here, you will find delicious and nutritious seasonal eats... including gluten free, dairy free, vegetarian, plant based and vegan recipes.